Thursday, April 5, 2012 — The students from Public School/Middle School 15 are off and running with help from their English teacher, Shawanda Weems.

Eight years ago, Weems, 36, with the New York Road Runners, established the Young Runners program at her school. "The Jaguars," her afterschool track team of middle school students, will participate for the second summer in a row in the International Children's Games in Athens, Greece.

Five years ago, Weems set up the Mighty Milers, the afterschool component for grades K-4 that engages students up to three times a week in physical activities.

On March 22, Weems was honored by the White House as a "Champion of Change," for the programs' effect on the students in her University Heights school. She was invited to join a discussion panel of the Let's Move! initiative with First Lady Michelle Obama and 12 other people from across the nation recognized for their part in keeping youths active and healthy.

"Shawanda represents the very essence of the Champions of Change award," said New York Road Runners Executive Director of Youth and Community Services Cliff Sperber. "Her tireless efforts have transformed the lives of children and the culture of her school by making running-based activities daily routines that are healthful and enjoyable."

"You can involve anyone in running," said Weems, whose school's only organized after school physical activities were basketball teams. "With the Road Runners program, we didn't need a hoop or a basketball, we just needed a pair of sneakers to get (the students) to do something."

Weems started the program in 2004, when she was diagnosed with diabetes.

Now in her 14th year of teaching, Weems uses her time away from the Road Runners and school to help raise her nieces, aged 10 and 13.

Along with getting her students physically active and watching them make healthy lifestyle choices, Weems also loves teaching her English classes.

"We wanted something that would make an academic impact as well," said Weems, "something that's impacting the whole person."

She deflects credit to the Road Runners.

"They've made a tremendous impact on my school building and community,” she said. “We've watched gain confidence and get involved.”

Send a Letter to the Editor 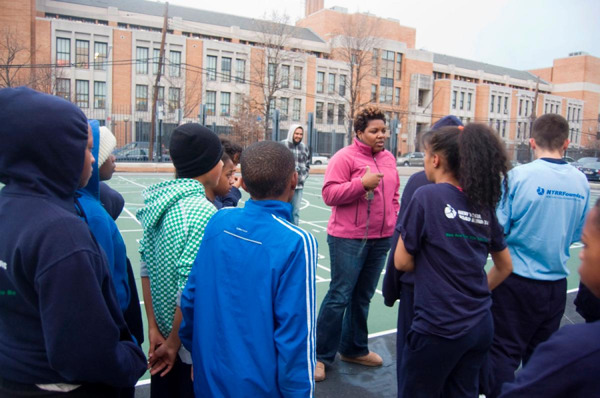