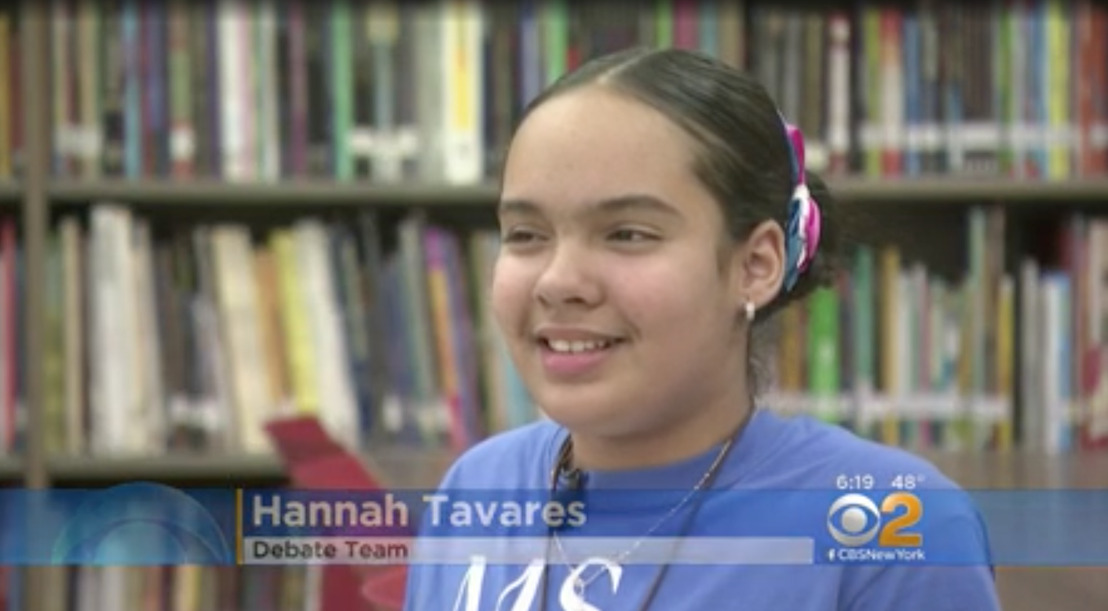 Thursday, November 22, 2018 — As CBS2’s Cindy Hsu reports, the students earned a spot in the national championship, but they need some helping getting there.

The debate team at MS-50 in Williamsburg has won the Middle School City Championships for the last three years.

“It felt exhilarating, because we just went up on state and I was like, ‘wait, is this for real?’” student Hannah Tavares told Hsu.

What makes their achievements even more impressive is that three years ago the school was in danger of shutting down because of low enrollment, with only 165 students. Now, that number has doubled to more than 300 students.

Their math and ELA test scores have more than tripled, too, since Principal Ben Honoroff started at the school in 2015. He made debate class part of the curriculum for every student.

“We see students using this academic language, augmentation skills in all of their classes. So we’re seeing our students becoming academically stronger,” he said.

“Before, I could probably not speak to you right now, because I’d be very nervous and it would be very hard for me. But debate has really shown me that… you can talk with confidence, you can understand things and speak with purpose,” he said.

The school also has the first Spanish language debate team in the city.

“I didn’t know English when I came here, I was only (a) Spanish speaker. But now, as you can see, I speak English,” she said. “Debate has helped me expand what I do say.”

The students are fundraising in school and online to raise $30,000 for their trip to nationals in Dallas.

“It’s going to cost a lot of money for plane and housing to send them to Dallas, Texas, and we want to take Dallas, Texas by storm,” said Honoroff.

The students say they want to show the nation what New Yorkers can do.

Their debate team started five years ago with just four students. Now, they have more than 60 members and they love winning.