Monday, June 17, 2013 — In a small, muggy classroom in Crown Heights, Brooklyn, a group of middle school students write furiously into their notebooks. Tyshaya Pearce, 14, stands in front of the class and argues that the federal government should provide more funding to fix transportation infrastructure. When she’s done, her classmates pepper her with counterarguments. The class is tough, but so is Pearce. She answers each of their questions until finally, the debate coach says time's up.

Welcome to a typical practice session for the KIPP AMP charter school debate team. The team started four years ago and currently has 40 members who practice three days a week, year round.

Their hard work paid off this past February when the team placed first in two categories at the statewide competition -- one in policy debate and one in public forum skills.

On Tuesday, the 14 top members of the debate team will go to Birmingham, Alabama, to compete for three days in the National Junior Forensic League's tournament against 95 other teams from across the country.

To prepare the students, the debate coach Jonathan McIntosh said he encourages them to use their own personal experiences to inform their arguments. This year's debate topics include transportation infrastructure and drone warfare.

“They’ve been writing a lot of narratives, poems and raps so they can connect with the topics,” said McIntosh. “Debate is an opportunity for kids to really exercise their civil voice and re-engage themselves in our democracy.”

Transportation infrastructure is a personal issue for Pearce, who takes the subway from Jamaica, Queens to Crown Heights for school. The commute take two hours a day, Pearce said. She wants to use her argument at the national competition to raise awareness on the importance of public transportation.

“I actually live in poverty and I am a minority. I’m going to basically tell the world and also help the government shed light on people who are also in the same position as me,” Pearce said.

The students are also encouraged to bring outside passions into debate. Jasonya Beckles, 14, uses poetry and song during her arguments.

“I use poetry because it made me feel like I can be important, through my voice and my stanzas and words,” Beckles said.

Regardless of how the students perform at the nationals, McIntosh said, as long as they are passionate about their arguments, the experience will have been a success.

“It’s important that we provide opportunities where these kids can learn to be competitive, but also learn that there is an equal reward in the gaining and acquisition of knowledge,” he said.

A total of three middle schools from New York State are competing in the national tournament, including Bronx Prep Charter School, which also qualified for the high school tournament. 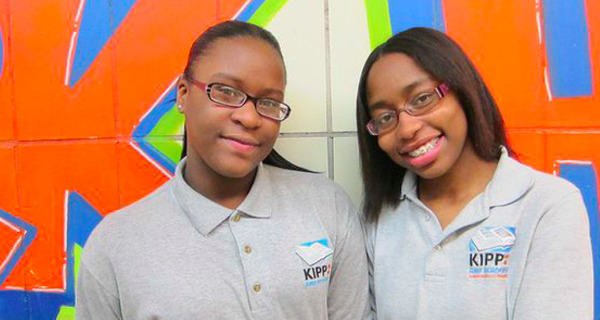