The two students -- eighth-grader Lara Bernard and seventh-grader Thurushi Rajapakse -- were partners for the competition.

"Debate is a place for advancement, not only in academics, but in friendship and expressing yourself," said Bernard.

The pair thanked their coaches and peers for inspiring and encouraging them to work hard.

"The I.S. 75 debate team has opened a world of opportunities for me," said Rajapakse. "It taught me that there is never a right or wrong answer. We invested time and effort, and I'm thankful and proud to say that it paid off."

Rajapkse and Bernard are both first-year debaters, according to one of their debate coaches, Meredith Feigel.

"Their ability to truly listen to one another and work together has inspired the entire team, and even taught me a thing or two," Feigel said. "They truly deserve this." 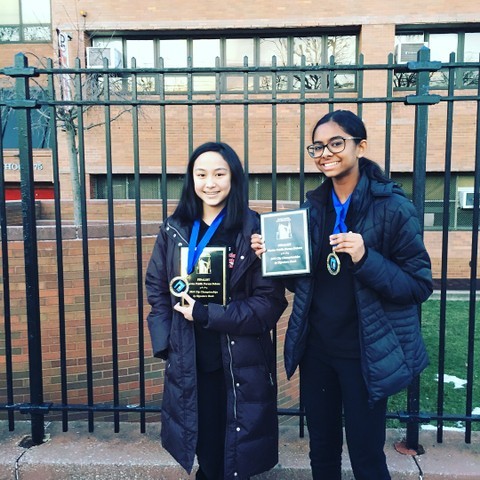