Sunday, October 2, 2016 — On Saturday, October 1st, PS/MS 161 hosted the first NYC Urban Debate League tournament of the year.  The tournament was a Manhattan middle school invitational and welcomed more than 200 students from 15 schools. We had an awesome season opener!    Students debated abolishing the Electoral College, condemning Big Pharmaceutical Companies and adopting a New York City school dress code. Our team took home 1st place overall and there were strong performances by all of our students.  Way to go to our team and coach Tyler Beattie!

IN THE ADVANCED DIVISION…

Congrats to 6th grader Ilani Santana for being the youngest-ever 161 debater to compete in the Advanced Division.

IN THE NOVICE DIVISION…

6th grader Matthew Nunez competed “iron man” — debate lingo for a single speaker taking all three positions on a team.  Matthew was undefeated and earned 1st place top speaker and 2nd place team (as a team of 1). That’s a 161 first!

to Keith, Dave and Colin!

to Mr. Denson for volunteering at the tournament and Mr. Polo for stopping by!

to Ms. Price for making the tournament possible!

to parents and family of Dashaun, Justin, Melissa, Jeniyah and Kiana for coming out to support! 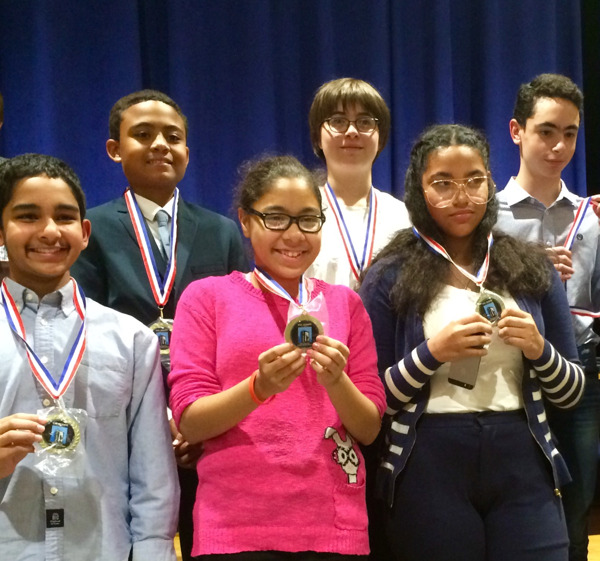