Wednesday, March 15, 2017 — On March 14, 2007 — exactly 10 years ago — lower Manhattan witnessed a marvelous act of courage and sacrifice from two of New York’s Finest. It was on that date that two extraordinarily brave, young NYPD auxiliary police officers, Nick Pekearo and Yevgeniy “Eugene” Marshalik, gave their lives to save those of countless other New Yorkers.

On that night, while on patrol in Greenwich Village’s Sixth Precinct, they encountered a homicidal maniac. David Garvin, recently fired from his job as a bartender at a downtown hot spot, was prowling the Village. His first stop was De Marco’s Pizzeria Restaurant on Houston Street. Wearing a fake beard and a Yankee cap, he calmly asked the bartender, Alfredo Morales, for a menu.

When Morales turned to get one, Garvin pulled a 9mm handgun and shot Morales 15 times, killing him.

Why Garvin targeted Morales will never be known. What is known is that Garvin had lost his family and his job, and had received a “less than honorable” discharge from his Marine reserve unit. His life had been in a downward spiral.

He left De Marco’s, removed the fake beard and headed toward Washington Square Park. That night was unusually warm for mid-March in the city. The park was crowded with students, families and people enjoying the spring-like weather.

In a backpack, Garvin was carrying a second gun and more than 100 rounds of ammunition. Again, we will never know precisely what his intentions were, but he was equipped with enough firepower to create massive carnage wherever he chose.

That was when the two auxiliary officers encountered him. They attempted to stop him and Garvin ran north on Sullivan Street with the two officers in pursuit. When he saw a marked Sixth Precinct patrol car coming toward him, Garvin turned around, saw the two unarmed auxiliaries, and shot them down at close range.

He then fled to Bleecker Street where his life ended in a hail of NYPD bullets.

While much is known of Garvin’s past, not enough people know the back story of the two brave auxiliary cops.

Nick Pekearo, 28, was born and raised in Greenwich Village. In fact, Pekearo died from his injuries that night at the same hospital where he was born, the Village’s St. Vincent’s Hospital. A talented writer, days before the shooting, he was told by his agent that his manuscript, “The Wolfman,” had been accepted for publication by Tor Books.

Yevgeniy “Eugene” Marshalik was just 19 years old. His parents emigrated from Russia to escape the violence in Chechnya in 1993 and landed in Brooklyn’s Sheepshead Bay. He attended prestigious Stuyvesant HS, where he witnessed first-hand the horrors of 9/11, stoking his desire to give back and serve. He did so in many ways: He volunteered at Coney Island Hospital and after his graduation coached the debate team at his alma mater.

Nick and Eugene’s desire to “give back” led them both to join the Auxiliary Police Force. This was a way for them both to truly repay a community they loved. Nick as a lifelong resident, Eugene as an honors student and part-time security officer at NYU.

They considered working the streets of the Village unarmed, unpaid and in the police uniform to be an honor.

At their funerals, then-Police Commissioner Ray Kelly stated that, “The fact that more lives were not lost is due in no small measure to Auxiliary Police Officers Pekearo and Marshalik.” Garvin, Kelly said, “was heavily armed and prepared to kill at will.”

Bob Martin served the NYPD for 32 years. Now a writer, his first book, “Bronx Justice: An NYPD Novel” is available on Amazon. 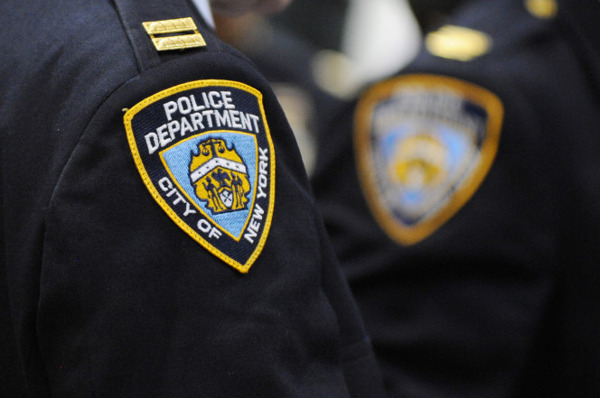