Friday, January 22, 2016 — On Saturday, Jan. 16, over 150 middle school students from across New York City gathered at Knowledge and Power Preparatory Academy (KAPPA) VI for the first debate tournament ever held in Far Rockaway.

The group of talented debaters argued whether standardized testing is beneficial in K-12 education.

Before the tournament, debaters were treated to words from Councilman Donovan Richards.

The councilman shared with students the importance of public speaking and critical thinking in middle school and beyond.

After sharing what he believed were the immense benefits of participation in a program like debate, he assisted the KAPPA VI team prepare for the day even engaging in a mini-debate with student Elise Slaughter.

With new found confidence the team went on to compete in three rounds of debate where they both affirmed and negated the resolution.

Principal Gary Dumornav shared in his excitement, exclaiming that it was a privilege to host Far Rockaway’s first debate tournament.

The school saw students compete in both the beginner and advanced division with advanced debaters, Bianca Maldonado and Serica Lakhram placing in the top five!

With the success of the KAPPA VI tournament they are excited about the possibility of providing even more monthly tournaments, workshops, professional development and other support to start and sustain successful debate teams in the borough. 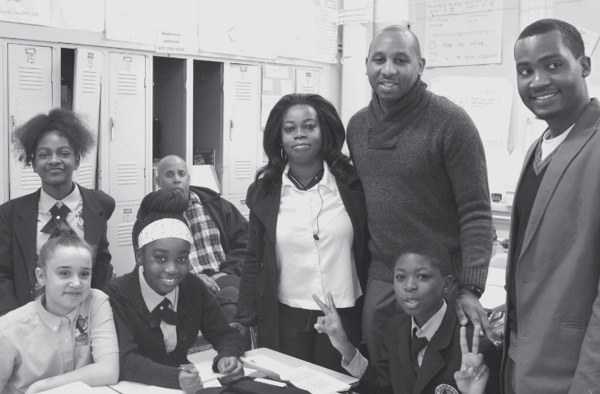