Friday, March 18, 2016 — Middle School 202, the Robert Goddard School in Ozone Park, participated in a Middle School Quality Initiative that promotes literacy through several programs, including debate. On Saturday, March 5, the Debate Team, under the leadership of teacher Robert Lee, tied for first place in the MSQI Urban League Debate Tournament.

The tournament, which took place at Middle School 45 in the Bronx, had students debate on the topic of whether or not military recruiters should be allowed on high school campuses. Students that attended the debate engaged in public forum speaking in the morning. Eighteen students from MS 202 participated in this event. MS 202’s top team, featuring Minhajul Abedin and Rishi Ramkissoon, came in fourth overall.

Thirty NYC/DOE public schools and more than three hundred students participated in this event. The Urban League Debate Championships will be held June 16, at a location to be determined. 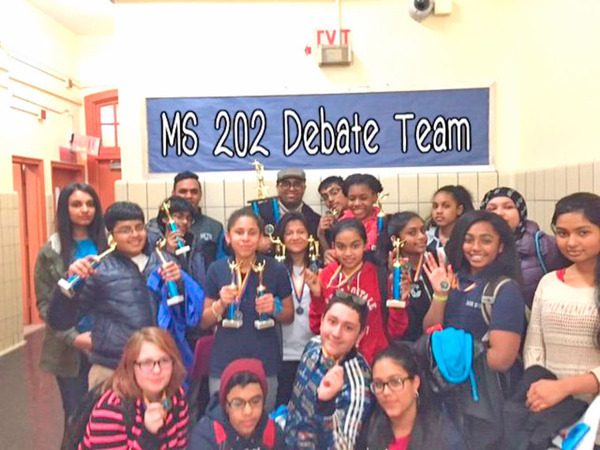