Students from the school attended the championship organized by NYC Urban Debate League and the city Department of Education’s Middle School Quality Initiative.

According to MS 50 Principal Ben Honoroff, MS 50’s team was the largest at the tournament, which featured over 200 students from across the city.

The topic up for debate was whether the benefits of animal cloning outweigh its risks.

It was the first major tournament for the school since Honoroff took over as Principal during the summer. His tenure has already seen the integration of evidenced based argumentation into everyday learning methods at the school.  According to Honoroff, this is a victory for the entire school community as all teachers took an interdisciplinary approach to preparing for the debate.  Students studied statistics of cloning in math class, the science of cloning in science, the ethics of cloning in social studies, and practiced rhetorical strategies in ELA. 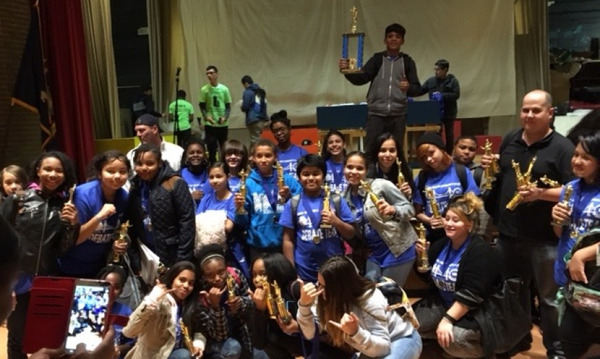