Wednesday, August 29, 2018 — Gov. Andrew M. Cuomo and his Democratic rival, Cynthia Nixon, go head-to-head tonight in a debate at Hofstra University. (It will be shown on tape delay on WCBS-TV at 7 p.m.)

It will be their first and only debate.

[Read our story about what to watch.]

But it’s not the first time an actor or TV star has been a key contender for office.

So how can having a background in acting, as Ms. Nixon does, help, or hurt, a candidate, especially in a debate?

What are the pros of having an acting background in the political arena?

“You’ve got to remember that debate is performance,” he said. “As viewers, we serve as spectators — we watch the debates because we want to be informed, but let’s not kid ourselves: We also want to be entertained.”

Acting experience can help candidates communicate in a way that people can understand, Mr. Semple said, citing Reagan as a classic and contemporary example.

“Same thing with Schwarzenegger: He used his machismo attitude of ‘The Terminator’ on issues that you wouldn’t expect Arnold to speak about, like climate change.”

“Nowadays,” he added, “with social media, if you’re able to have a persona that is recognizable and relatable and you’re able to actually come up with creative ideas for pressing issues, that can make you really powerful. Trump kind of proves it.”

What are the cons?

“The ability to spin the argument,” Mr. Semple said. “Politicians are trained, classically, in the art of spin. If you’re able to spin an argument, you can make whatever you want a form of truth. But if you’re not coming at it with that classical understanding of how arguments work and how you portray that in a competitive debate setting, that can be a challenge.”

A nontraditional background could also serve as fodder for critics.

At tonight’s debate, “you’ll notice a lot of time spent on Nixon’s history, and her ability to transition into a governmental worker, a public servant,” Mr. Semple said. “In a debate setting, if you have a competitor bringing up a bunch of arguments but that person doesn’t have the background to speak on it, that’s the first thing that as a coach I’d teach my debaters to go for.”

“The best defense,” he added, “is detecting weakness and trying to spin that narrative as early as possible.” 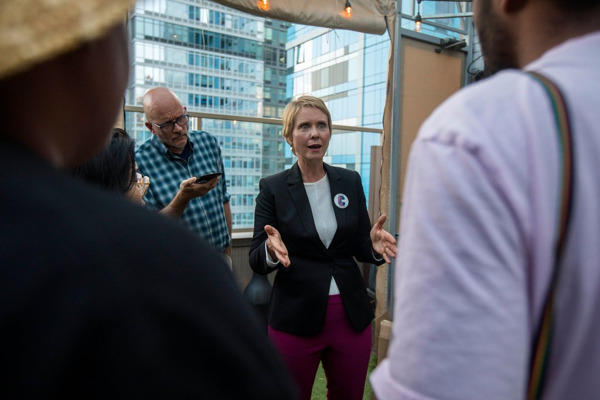