In recognizing these winning programs benefitting underserved youth, Mrs. Obama said, "...you make all this happen on shoestring budgets; you do it in unbelievable ways, in some of the most difficult circumstances imaginable. And I know that you put a lot of late nights and long hours in to give these kids opportunities worthy of their promise."

Following Mrs. Obama’s welcome and a brief introduction from George Stevens, co-chair of the President’s Committee on the Arts and Humanities, a member of the NYC Urban Debate League offered the ceremony’s keynote address.

“Growing up in the South Bronx, many people didn’t expect me to get this far,” said Starr Arroyo (15). “People these days are experiencing more bullet wounds than diplomas and haven’t had the ability to fully understand who they are or even find out who they want to be in the future…Which is why I love the NYC Urban Debate League. You won’t find any activity that makes you think and question so many ideas, read and research so many books, write and speak about the biggest problems in our world, and meet and compete against students across the nation.”

Just five years ago, debate wasn't an option for Title 1 students in the Bronx. In 2007, Fogel arrived at the Bronx School of Law, Government and Justice to teach American History. At the last minute, his job description expanded to include coaching a new debate team.

“The prospect thrilled me, because I benefitted greatly from my debate experience in high school and college. The absence of a budget to begin the program, that complicated things a bit,” said Fogel, a graduate of University of California Hastings College of the Law. “I immediately sought out resources that helped teachers broaden their knowledge and opportunities for students, and I found Fund for Teachers.”

The following summer, Fogel used a Fund for Teachers grant to attend Dartmouth College’s Debate Coach Traning. He simulated that training with a small group of students back at school and launched the Bronx Great Debators afterschool club. Since then, the debate team has grown to include 150 middle school and high school students, whom Erik commissioned to help neighboring schools’ develop their own debate teams. This effort eventually led Erik to organize the NYC Urban Debate League last year, extending debate and its benefits to students in all five boroughs.

To pay for debate contest entry fees and team members' food and transportation costs, Erik writes grants from his makeshift office -- a McDonald’s booth across from Yankee Stadium -- while his students sell candy from Costco door-to-door and manage the school store. Last summer, he received a second Fund for Teachers grant he used to attend the International Society for Technology in Education conference and equip his students with the latest in research techniques for debate preparation.

“Motivated by a strong belief that the rigors of debate improves student attendance, test scores, and scholarship opportunities, Erik designed both of his Fund for Teachers fellowships to pursue elite debate training and program design to bring more quality debate opportunities to an increased number of urban students in New York City,” said Karen Webb, Fund for Teachers’ executive director and NYC Urban Debate League board member. “Erik works collaboratively with his students, teaching, mentoring and often financially supporting them in their quest to become successful debaters and, more importantly, successful citizens.”

About Fund for Teachers
Fund for Teachers enriches the personal and professional growth of teachers by recognizing and supporting them as they identify and pursue opportunities around the globe that will have the greatest impact on their practice, the academic lives of their students and on their school communities. To find out more about Fund for Teachers, or apply for a 2013 summer grant, visit fundforteachers.org. 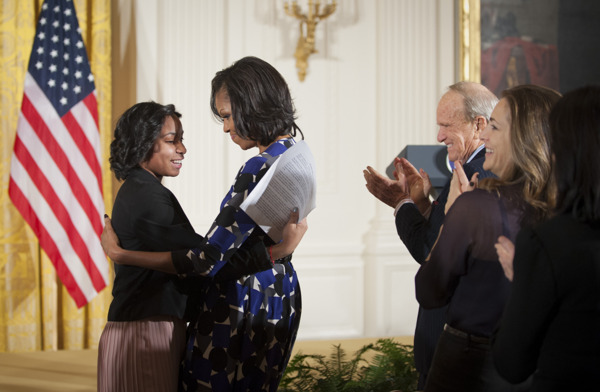