Thursday, January 28, 2016 — NEW YORK — Whether it's Ralph Kramden and Ed Norton, Felix and Oscar, or Archie Bunker... well against everyone, New Yorkers love to get their point across by dishing out verbal jabs — and this time it's towards the Trump.

"It's inappropriate for a New York to back down because we're boisterous people," Ava Rosegreen said.

To walk away from a debate like Manhattan real estate mogul and GOP frontrunner Donald Trump is doing for the upcoming one on Thursday, hosted by FOX News, is nonsense, people are saying. On the contrary, a debate is embraced

To put it simply, people in the city just don't take any bull.

"It's not the New York way," is what people continuous said to PIX11 News when asked about Trump's no show.

Semple has coached hundreds of students and has seen several of them receive national recognition and awards. He said he understands firsthand why Donald Trump is not taking the stage for the highly-anticipated FOX News debate in Iowa. In fact, he has seen some of his students pull out for the same reasons: confidence and strategy.

"If you are high in the polls consistently ranking high, why would you rock the boat? But at the same time, perception is key. If you are a big player and you are expected to be at the front lines and you are not there that sends a message that something weak is going on," Semple said.

While many, including those that work on the corner of Sixth Avenue and 47th Street, are waiting to see how things play out, Semple said that he is using Thursday night's potential boycott by Trump as a teachable moment for his students.

"It means that there is a consequence to the action that is made and that if your are going to stand out, you better have a strategic justification as to why you are making that decision because everyone is watching," Semple said. 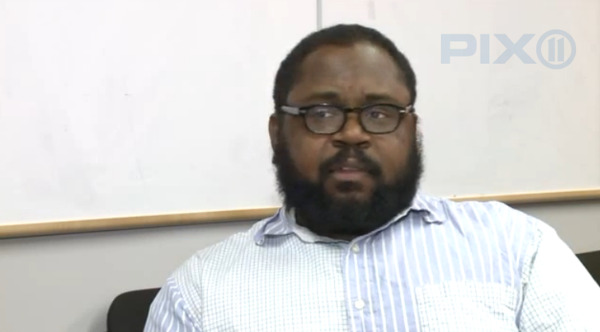