The debate team at Prall Intermediate School (I.S. 27) in West Brighton earned top scores this month during the Middle School Quality Initiative Debate Championships in Brooklyn, where they tackled such weighty issues as gun control, genetic testing and solitary confinement.

The team of sixth-, seventh- and eighth-graders was declared "best on Staten Island." Ellie Vaserman and Justin Saltiel were top in Tier B and Ellie, an eighth-grader, earned the "top speaker" title.

The victories were even sweeter because Prall's debate team, led by English language arts teacher Shameka Norton, is just one year young.

During a victory lunch hosted by Prall Principal Matthew Barone at Cafe Del Mondo in Willowbrook, the champion debaters reflected on their techniques over penne vodka, eggplant rollatini and chicken parmesan.

"You have to be confident but never rude," explained team member Sukaina Shivji, 12, a rising eighth-grader. It's important to keep a cool head, "and you have to think on your feet when they come at you with questions."

"Debate teaches us to gather our thoughts first before speaking," she added. And she's relying a lot less on the conversational space fillers "like" and "stuff."

"I used to speak so softly," reflected sixth-grader Emily Lu. "Now it feels better to speak up."

Top speaker Ellie Vaserman, who heads to Staten Island Technical High School in the fall, appreciates how debating has helped her overcome shyness and teaches students to stay calm and steady even as the debate heats up.

"It's what you say that's important, not how loud you say it," Ellie explained. "It's about finding the right word to shut down an argument."

And being on the debate team sharpens research skills, they all agree.

Ellie will spend her summer participating in a youth swim team at Lyons Pool in Tompkinsville, a youth track team at Corporal Thompson Park in West Brighton, and working in daycare with the Summer Youth Employment Program.

The debate team at Prall is an afterschool program, meeting from 2 to 3 p.m. every Monday, Tuesday and Wednesday.

Coach Norton says the team will continue next year, and hopes her students will also compete in the bilingual portion of the championships.

The West Brighton school is one of 115 citywide participating in the Department of Education's Middle School Quality Initiative, which supports schools in developing literacy in young adolescents, ultimately preparing them for success in high school and college. 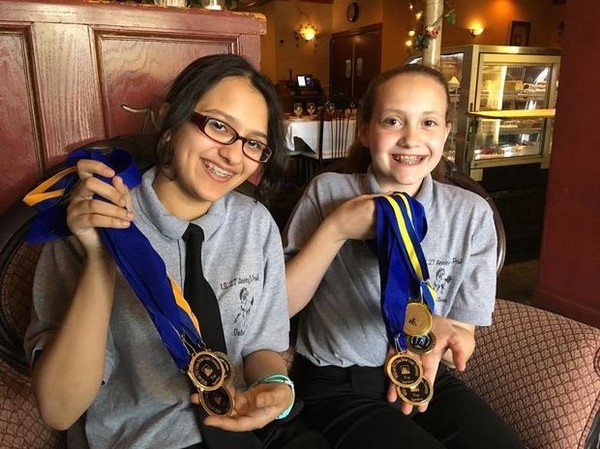