Thursday, August 10, 2017 — I was amazed to discover recently that the New York City Urban Debate League – which brings debate to the elementary, middle and high schools of the New York City area – is only six years old.  It sounds like a program that should have existed since the 1800s.  So when I had a chance to chat with the Executive Director (and founder) Erik Fogel, it seemed like a good thing to do.

Nick:  Put me in the picture – tell me what the New York City Urban Debate League does.

Erik:  Our mission at the New York Urban Debate League is to have a debate team at every school, and we believe that every student should be able to receive the best debate education opportunities.

Among the most critical problems in education today are the academic and civic achievement gaps. Our solution is to provide the best college, career, civic, communication and community opportunities through year-round academic debate. Each month we work with over 2000 students and 100 low income schools located in some of the poorest congressional districts in the United States. We support debate practices every day, debate centers every week, tournaments every weekend, workshops every month, debate camps all summer, and year-round support for any student and teacher.

Nick:  That sounds like incredibly important and wonderful work.  What kind of support and recognition are you getting?

Nick:  Why is debate so important?  I mean, I’m already convinced, but convince our readers.

Nick:  What about the academic benefits?  Do debaters do better in school?

Erik:  Our local (as well as the national urban debate league model) has been extensively studied over the years and study after study shows academic benefits. Debate improves academic performance (debaters earn higher grades than their peers, have higher attendance rates, and are more likely to test as college-ready in English, Reading, Math and Science).

Each semester that a student debates, his/her grades will improve.

Nick:  OK, I’m convinced!  Tell me about some successful debaters, since it’s so good for you!

Nick:  Impressive!  How did you get started?

Erik:  In 2011, less than 1% of New York City schools had a debate team (less than 10 schools out of 1,800 schools in the largest school district of America) and less than 1% of NYC youth (about 100 students out of 1.1 million NYC public school students) had access to debate, because debate was limited to schools that could afford to pay for coaches, tournament registration fees, travel, hotels, etc.

Nick:  That’s hard to believe – that New York City was so under-represented in the 21st century.

Erik:  It was an academic travesty. Ever since the Ancient Greeks, debate has been one of the most powerful academic programs to prepare students for college, career, and civic success. We were founded to change this. We were founded by all volunteer educators and debate coaches. We sold cupcakes our first two years to fund the debate league.

Our program is only six years old and most of our students are in high school or college. Many of our students have received full or partial scholarships to colleges because of their participation in debate.

Nick:  Well, huge props to you for starting this essential and very cool program.  In closing, tell us a little bit about your own story.

Erik:  In middle school I was one of the shyest students and having a speech impediment did not help. I decided to join the debate club after school. I was hooked. I learned more in debate than all my high school, college, and graduate school classes combined.

When I became a teacher in 2002 in the South Bronx, the most tragic thing to me was the lack of after school debate programs. And so in 2002 I started the South Bronx’s first competitive debate team. Our students won city, state and national titles including ranked as the number one team in the nation.

In 2011, I volunteered to help build a debate league for other schools on a budget of bake sales! We grew exponentially – the need was there!  As a result we were honored by the White House as one of the top after school programs.

Nick: Thanks, congratulations on your success, and keep up the good work!

Speaking of good work, join us at our one-day workshop on developing and giving a great speech, Powerful Public Speaking, in Boston on October 24th.  Sign up early – spaces are limited! 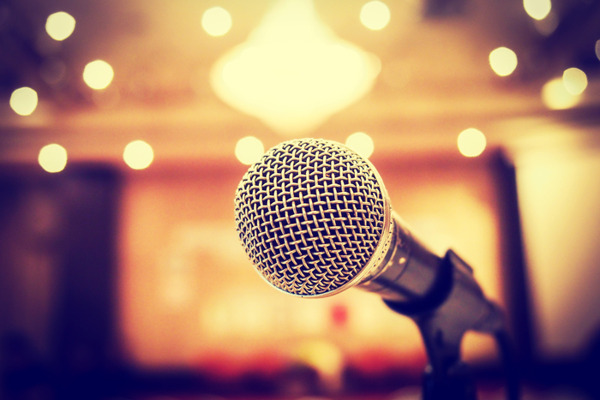