Saturday, March 2, 2019 — When Erin Jacques founded the Early Scholars Speech and Debate Society three years ago, her goal was to raise awareness about social anxiety and to use the art of debate as a way to reduce it in elementary and middle school students.

Now, several regional tournaments and awards later, her students – which range from 3rd to 8th grade — serve as a testament to the positive effects debate can have on self-confidence and the ability to advocate for a cause.

In the past two months, Early Scholars students competed in two NYC Urban Debate League tournaments where they advanced to the New York City Championships, set to take place in March.

Students, as young as nine, competed at the middle school level and debated topics that included U.S. price controls on the pharmaceutical industry, reducing the federal deficit and more.

Parents can see a notable difference in the students’ ability to advocate for themselves.

“Even though some (topics) may be more challenging or controversial, we believe that seeing both sides of the argument and being able to argue from both sides are extremely important to the development of a child’s maturity and unbiased perspective,” said Ada Zhou, Early Scholars Society parent. “We definitely found major improvements in David’s ability to reason and defend his own opinions.”

Currently, Early Scholars elementary and middle school students are preparing for their in-house parliamentary style tournament where they will hone their debate skills on Saturday, March 16, from 9 a.m. to 1 p.m. at PS 188 Kingsbury School located at 218-12 Hartland Ave. in Bayside. Other members — some as young as 9 — will compete at the NYC Debate Championships during the same time in New York City.

“Tournaments and awards aside, I am proud of our scholars’ ability to advocate for themselves and confidently speak in front of others,” said Jacques. “I am excited to watch our scholars continue to grow and become the leaders of tomorrow!” 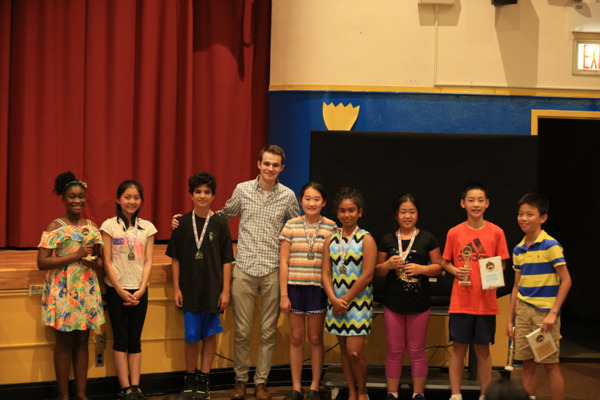