Monday, November 19, 2012 — It all started because one teacher decided to make debate mandatory in his history class at the Bronx School for Law, Government and Justice.

On Monday, four of Erik Fogel’s students at the Concourse Village school will represent their debate team in a special visit with First Lady Michelle Obama at the White House.

It was one of 12 after-school programs to win the 2012 National Arts and Humanities Youth Program Award, which includes a $10,000 award.

“We were like, ‘No, I don’t think they would choose us out of everyone else,’” said Ashley Mejia, 16, a sophomore. “(Fogel) said, ‘Just try, you never know what might happen.’”

Student Starr Arroyo was selected to speak in front of the First Lady.

The 15-year-old sophomore said she looked up different speeches by Supreme Court Justice Sonia Sotomayor, from which she drew inspiration for her own address.

“My speech is about the need for education, because personally, I think kids don’t feel it’s important to go to school,” she said.

After the success of the school’s debate teams - which won city championships the last two years in a row - Fogel, with other volunteer teachers and staff, started the NYC Urban Debate League last September.

Between heavy fundraising and word-of-mouth advertising, about 400 students at 40 schools citywide are now involved in debate.

“From 3 p.m. to midnight, I write grants at the McDonald’s on Mosholu...that’s how we’ve been able to hold free citywide debate tournaments for any student,” said Fogel, 34, a Teach for America grad originally from California. “A lot of these schools can’t afford coaches, supplies, airfare, and we want every student to have a debate team. It’s one of the best, most rigorous academic opportunities out there.”

Last month, the debate league became a nonprofit with the help of Manhattan-based law firm Brown Rudnick LLP - which assisted them pro bono.

“We want to fundraise for a free summer debate camp and send kids to national championships,” Fogel said.

The Bronx students recently debated the best way to rebuild the transit system after Hurricane Sandy, and how to reduce global warming.

They practice their speeches backwards, sometimes with pens in their mouths.

“It’s just incredible to see kids want to argue and think and talk about these issues all day long,” said Fogel 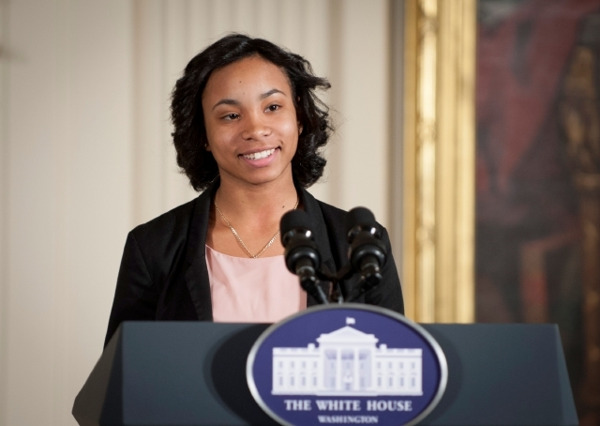