Friday, April 1, 2011 — Brooklyn Tech's powerhouse debate team is on the verge of its biggest challenge yet: a tournament that will be the biggest war of words since Abraham Lincoln laid the smack down on Stephen Douglas.

The showdown begins Friday at Brooklyn Tech, and the team of 35 students from grades 9-12 is frantically brushing up on foreign policy in preparation for debate over whether the US should withdraw troops from foreign countries.

“We've been winning a few of our recent debates pretty convincingly, to the point that we made some of the players on one team cry aftewards," said sophomore Mohammed Hussain.

The students have been practicing three days per week since October, covering every angle on the US' military presence abroad, and even learning how to effectively sidestep questions from the opposing team.

"I guess you could say sidestepping questions is somewhat Palin-esque, but I think they do a better job at it," said Adam Stevens, coach for the Brooklyn Tech debate team.

In addition, the team has traveled to 15 debate tournaments throughout the city since the season began on October 30, with several pairs racking up first and second place finishes.

“It’s gotten to the point that I literally can’t go with them to every single one that they want to enter,” said Stevens. “They want to compete and they want to do the work it takes to compete at that level. Their work ethic is truly incredible to me.”

The debate team at Brooklyn Tech have also taken their skills in argument outside of the tournament realm, sparring with a slightly easier foe: parishioners from theradical, Kansas-based, Westboro Baptist Church, who staged an anti-gay rally outside of the school in September 2009. According to Stevens, the students bested the hate-mongers, who claim — among other nonsense — that September 11 and the Iraq War are a direct result of the tolerance of homosexuality.

“The bulk of the work that my students do revolves around imaginary advocacy and not actual public advocacy,” said Stevens. “For them to be so critical in galvanizing the public response to the Westboro Baptist Church made me incredibly proud. No matter what happens in the tournament, accomplishments like that are the real victory for me.”

Over 35 schools will be participating in the tournament this weekend, which all qualified by finishing in the top 15 percent of at least one previous tournament.

The New York State Debate Coaches Association tournament starts at 3:00 p.m. on Friday and will run all day on Saturday. A schedule of debates for each day can be found in the Brooklyn Tech cafeteria.

Click the photos to the right to learn more about a few of our Great Debaters. 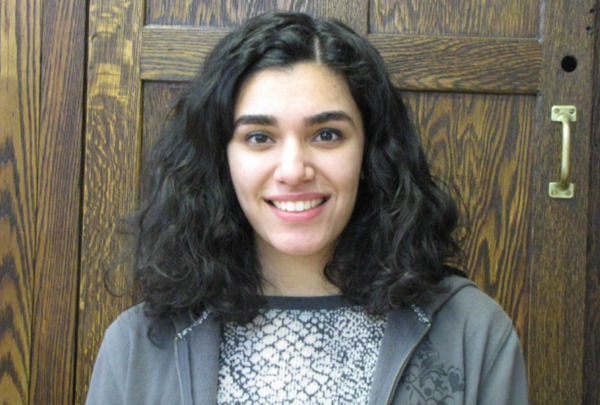