Students at Our Lady of Good Counsel School in Tompkinsville have heeded the experts' advice and formed a debate team.  Sixth-, seventh- and eighth-graders have begun the second year of their debate team, and in doing so, are improving their academic performance in an exciting and worthwhile way.

According to Lisa Giovinazzo and Grace Aquafredda, OLGC debate team coaches, the team is the only elementary school debate team on Staten Island. It is part of the Empire Debate League and recently joined the New York City Urban Debate League (NYCUDL).

NYCUDL is the largest debate league in the nation.  Currently, more than 1,000 students in 100 schools are participating in monthly debates, with leagues in the Bronx, Brooklyn, Manhattan and Queens.

There are categories for all age levels – elementary school, middle school and high school. A Staten Island league is spinning off in January.

"Since ancient Greece, debate is one of the most rigorous academic programs to prepare students for college, career and civic success," says Erik Fogel, director of the NYCUDL. "Debate teaches every single academic skill, including reading, writing, critical thinking, research, note-taking. Debate teaches every academic subject from philosophy to ethnic studies."

In 2011, there were fewer than 10 schools in the city with debate teams. The NYCUDL was founded to change this statistic. Today, over 1000 students and 100 schools participate in monthly debates. Every Saturday the NYCUDL offers workshops. OLGC students practice every Wednesday, and compete monthly.

"Our debaters compete in five to eight debate tournaments each year. It's a long day for the students, usually lasting from 8:30 a.m. to 5:30 in the evening," she said. "Some topics debated thus far have been: Should the media show the atrocities of war? Should midterm elections be eliminated? Should college athletes be paid?"

Awards are given at each tournament, including to the top five schools that earn the highest points from all their debate teams; the top five debate teams, and ribbons for the top 20 finishers. Debaters are ranked individually at each debate, which is parliamentary-style, with three people on each team, for a total of six debaters.

In December 2014, OLGC competed in its first debate tournament and finished fourth out of eight.  In March 2015, OLGC placed first for school and third for highest scoring team, with Michael Kuharski receiving a top-20 debater award.

"Debate is good for the children because it teaches them Common Core and, on average, debaters score higher on standardized tests. Also, they develop speaking, critical thinking and writing skills," Giovinazzo said.

According to Fogel, over 95 percent-plus of NYCUDL's high school seniors graduate and are accepted to college each year. Many NYCUDL graduates also receive full or partial scholarships to the college of their choice because of their participation in debate.

"Debate prepares students for 21st-century careers because they develop critical thinking and problem-solving, research, communication, collaboration and creativity," he said. "Debate inspires political and civic engagement. Debaters are more likely to vote, volunteer for a campaign, or run for office. This list includes over a dozen presidents, the majority of Supreme Court justices."

Still not convinced?  Here are the top 5 reasons debate can benefit students:

1.  Debate teaches students invaluable skills. Students learn how to do research, articulate arguments and clarify ideas. Because of this, they are trained to think and speak clearly during conversations with peers, adults, and teachers, and often carry themselves with confidence and a professional presence and can clearly explain ideas and abilities.

2.  Debaters develop true -- not virtual -- social networks. Issues are discussed that widen students' awareness of their communities. Students on debate teams are inspired to reflect on the social, economic and political matters pertinent to their lives and the lives of others.

3. Individual and team excellence. The student must work individually and as a team member to discuss, do research and discover details about topics to be debated. Oftentimes, they must interview other students and community leaders, which tends to broaden their horizons and create invaluable networks.

4.  A boost in personal development.  In addition to allowing students to broaden their networks and connections, the debate club experiences also help  students improve their personal and professional attributes and skills.

Debaters are provided with challenging opportunities to enhance their communication and speaking skills. A debate club consistently promotes standards of "excellence in public speaking, presentation, argument and debate via intercollegiate competition."

5.  The invaluable edge in succeeding in life. By providing students with the venue to speak and clarify thoughts, research and ideas, the debate club helps active participants to gain greater experiences and critiques to improve their personal and professional communication skills. Speaking skills and communication abilities are absolutely imperative to helping students achieve their academic goals and debate undoubtedly helps them. 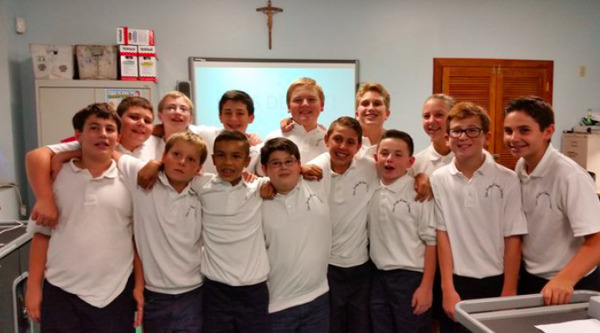