Wednesday, November 19, 2014 — In the fight for educational equality, Success Academy is doing something transformative: Our schools are changing the face of competitive debate in New York City.

For the past three years, Success Academy has been sending middle school students to compete in local and national debate tournaments that were once exclusively dominated by elite schools.

Thanks to a rich and varied curriculum that allows our middle school students to choose debate as an elective class, our scholars have developed the skills to compete and win against debate teams from a variety of schools, including private schools such as The Dalton School and The Hackley School and schools with gifted and talented programs.

Debate teaches students the art of argumentation through rigorous preparation and teamwork. Its academic benefits are well established and some of our country’s top leaders were skilled speakers and debaters in school, including CEOs of Fortune 500 companies and former U.S. presidents.

My students love to debate one another and push each other’s thinking especially on issues that are pertinent to their lives. This past April, one of our eighth graders whose family has struggled financially, took home the New York Debate League’s top award – the Golden Gavel – after giving a speech asserting that the country’s war on poverty has not failed. If it had, he said, “It would mean that no matter how hard I try, how well I do in school, or how much I practice debate, I can’t overcome the world I was born into.”

Their enthusiasm and preparation was on full display again this past weekend at a highly competitive debate tournament in Westchester. Harlem West had a strong showing, including winning a debate round about the merits of police wearing body cameras against a team from the Hackley school. 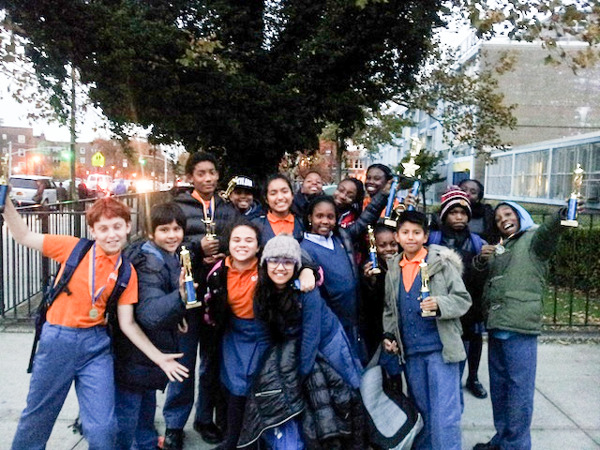