I don’t know about you, but I, for one, am growing increasingly tired of the daily political theater we experience during this era of Trump. With a reality-show president and the incessant din of partisan news commentators, I yearn for a return to an era of thoughtful, rational discourse where serious social and political issues can be argued and debated. I’m not sure you’ll find this within the country’s adult population, but if you have time it is worth your while to get to know the New York City Urban Debate League (NYCUDL www.debate.nyc) — the largest urban debate league in the nation — where close to 2,000 students in 120 elementary, middle and high schools throughout the five boroughs regularly test their mettle by debating critical social issues of the day.

I was introduced to the NYCUDL by a foundation that has been supporting the program. I had just retired as the executive director of Goddard Riverside Community Center and was intrigued by the idea of mentoring new non-profit leaders who were passionate about making a difference in the lives of young people. I knew nothing about the world of debate but associated the idea of a debate team with well-off independent schools whose privileged students used debate as an entrée to elite universities. NYCUDL was created and developed to open up the world of debate to inner-city public school kids who face serious obstacles to success.

I ventured downtown to meet Erik Fogel, the NYCUDL’s energetic executive director. Erik is a born and bred Californian but hardly laid back. He came east in 2002 to become a public school teacher in the South Bronx after graduating from U.C. Berkeley and with a law degree from the San Francisco-based Hastings College of Law. Erik had been an accomplished debater in high school who, when asked why he does this, answered, “Debate was a life-changer for me. It is the most rigorous academic program that can have a profound impact on a school’s success and future direction of those who get hooked.”

While teaching history at the Bronx School of Law, Government and Justice, Erik expanded his role and created one of the most successful inner-city debate teams in the nation. His South Bronx team challenged the conventional wisdom that a public school in one of the nation’s poorest communities could not produce top-notch debaters. More importantly, the program changed the trajectory of its students.

But one debate program in the Bronx was not enough for Erik. In 2011, there were fewer than 10 New York City Title 1 low-income public schools that had debate programs. The cost of such programs can be prohibitive and includes funding for coaches, computers, tournament registration, travel and hotel costs. Erik dreamed big. The Bronx program became an incubator for other New York City schools and the NYUCDL was formed. In 2012, the NYCUDL was honored by President Barack Obama and First Lady Michelle Obama as one of top afterschool programs in the nation.

Starr Arroyo was one of those students who made it to the White House. “Growing up in the South Bronx, many people didn’t expect me to get this far,” she said. “I love the NYC Urban Debate League. You won’t find any activity that makes you think and question so many ideas, read and research so many books, write and speak about the biggest problems in our world, and meet and compete against students across the nation.”

On a rainy day in the fall, I accompanied Erik to a downtown law firm to witness a debate firsthand. A group of high school students had assembled to demonstrate their debate skills to a potential supporter who, himself, was a college debater. The topic for the day was whether the NCAA should pay college athletes for competing for their schools. One by one, the students presented their rapid-fire arguments — well-researched and articulated — within a short time frame. They respectfully “went at each other,” asking pointed questions and poking holes in each other’s arguments. We could use such a thoughtful exchange of ideas in our current national discourse.

Erik represents a next generation of caring leaders who toil in the trenches to improve our educational system and make the city a better place. He struggles to raise private dollars to keep the program afloat, and has developed a smart and dedicated staff who believe deeply in the power of debate to change lives. You, too, can become involved. The NYCUDL recruits volunteers from the community to serve as judges for each of their tournaments. No experience is necessary — they will train you. The next Manhattan tournaments will take place on Saturday, February 10 at 8:30 am at the Hamilton Grange School (500 West 138th St.) and PS 180 Hugo Newman (370 West 120th St.). The topic: whether the capital gains tax should be abolished. I hope the president and Congress will be listening! 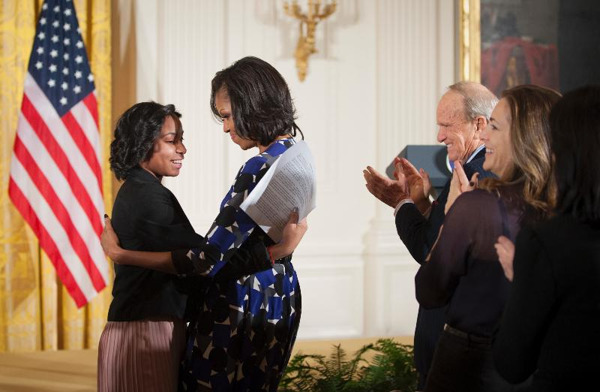